Israel Hershberg
Israel Hershberg was born in 1948 in a Displaced Persons camp in Linz, Austria. In 1949 he emigrated to Israel with his family and in 1958 moved with them to the United States, where he attended the Brooklyn Museum School in New York. He eceived his Bachelor of Fine Arts from the Pratt Institute, Brooklyn, and his M.F.A. from the State University of New York in Albany. He then taught at the Maryland Institute College of Art and the New York Academy of Art. His awards include: the Sandberg prize for Israel Art, 1991; and the Tel-Aviv Museum Prize for Israel Art, 1997. His work has been exhibited in museums and galleries internationally. He is currently represented by the Marlborough Gallery in NYC, which is widely recognized as one of the worlds leading contemporary art dealers. Mr. Hershberg lives and works in Jerusalem and is founder and artistic director of the Jerusalem Studio School.

I was fortunate to meet Israel Hershberg this past summer during the Jerusalem Studio School’s Master Class in Italy and asked him if he might agree to an interview here at Painting Perceptions, I was delighted when he agreed. We talked via skype and then had the conversation transcribed. It was further edited by Israel Hershberg for greater clarity.

Larry Groff First of all, I just want to say thank you very much for taking time out of your busy schedule to do this interview with me. A lot of people will be able to read this interview and get a great deal of inspiration and information out of it, so I appreciate it, and thanks again.

My first question is about your early education as a painter. Was there anything that stands out as a pivotal moment that helped shape who you are today as a painter? Anything that would be of note for someone starting out now?

Israel Hershberg “Now” is a huge conversation. I don’t know that we can touch on all the modalities of the “now”‘ but perhaps we can touch on some of them down the line.

I started fairly early. I actually started to study at the Brooklyn Museum Art School while still in high school. Before that, I just drew all the time. I mean, I loved  to draw – it was how I spent big portions of my time as a kid and living in New York as I did then provided me with great formative examples of art from antiquity and right up to the present. In addition New York provided some truly singular opportunities to actually meet practicing artists whose work I admired.

As luck would have it, the public high school I attended was for some reason endowed with a relatively sophisticated art department. It was a new school and I was in the first graduating class. It [the art department] even had its own printmaking studio, which was very unusual. I didn’t know of too many high schools that had anything like that, with the exception of these magnet schools like the High School of Music and Art or Art and Design, I guess is what they call them in the States today.

We had an outstanding art department head at this school who brought in teachers fresh out of Pratt, Cooper, SVA and Parsons and for high school seemed to me a cut above art teachers entering public education at that level. They were more than encouraging – I’d say they were intimately involved with my early aspirations to be an artist and I have a great fondness for them to this day.

It was the chairman of that high school art department who told me about the Alliance of Figurative Artists – a meeting of painters and sculptors that gathered every Friday night at the Educational Alliance on East Broadway. That was back in 1967.

These meetings had their start in Al Leslie’s studio and when interest and attendance burgeoned it all moved to the Educational Alliance, as oral tradition would have it.

I was young at the time, around 17, to be attending these meetings but found them incredibly stimulating – everyone there spoke their minds in the most uninhibited terms, you know, there were none of the PC sterilities of public or academic discourse we see today. To me it felt like an art nerd’s equivalent of making the rugby team; very rough and tumble. The atmosphere was always charged and combative with passions really  out in the frontmost plane and quite often spilling over the top. The older artists who held sway there were some very serious and established personages. Some I greatly admired then and some I do to this day. I was engrossed by these meetings and at times even thrilled to see and hear them go at it full tilt…

LG What kind of battles? What were they arguing about?

IH I don’t know whether you got to read the foreward I recently wrote for the Prince Street Gallery’s 40th anniversary catalog, but I describe there some of  the battle lines drawn – and in general this recounting makes for a bit of very formative personal history.

The big divide was roughly made up of followers of Paul Georges and those of Gabriel Laderman, who I think defined the clearest polarities along that divide. And though there were almost always well considered themes assigned to an evening’s proceedings, invariably the recurring sub-theme that popped its head with the most persistence revolved around the virtues of a “loose” or expressionistic approach toward representation vs. a more slow, formally restrained or tempered pictorial approach. I admit to not remembering why that distinction was so important then but the content discussed seemed less compelling at times than the expressions of passionate conviction and the holding forth of artists like Paul Georges, Lennart Anderson, Louis Finkelstein, Rosemarie Beck, William Bailey, Phillip Pearlstein, Aristodemus Kaldis, Gabriel Laderman, Paul Resika, or Leland Bell. Not a one of them was dull and not a one of them to my delight, particularly “open-minded”. It made for great pyrotechnics!

For a young fellow with artistic ambitions, this was was a treasure trove and it went a long way in shaping what I think to this day. I was like a sponge, open, but my personal biases, my inclinations lay more with an artist like Lennart Anderson who did not attend these meetings on any regular basis. I remember perceiving this to be a kind of admirable aloofness on his part. And never will I forget an early retrospective of Lennart’s at Bard College. It  was pivotal and shaped my aspirations as a painter deeply.

The Alliance experience I think, went a long way in carving out a position or posture, a mentality, perhaps an ethic that I identified with intensely at this early stage in life, and I was absolutely astounded that the other art students at Pratt, which I attended after high school, arrived with no such thing!

And very pivotal: One of my teachers and dear friend to this day at the Brooklyn Museum School, Francis (Dick) Cunningham, had studied with Edwin Dickinson, an artist whose paintings and drawings really worked my eyes up into a hunger. I’d go look at his work whenever I could and my admiration for it has never waned. I told Dick of my plans to spend time in Wellfleet on Cape Cod with the stated desire of meeting Dickinson. I expected a meeting like this would be somewhat complicated to negotiate, but Dick deftly set it up and at a blink of an eye I set off to Wellfleet.

I did that for a number of summers. I would go there, I’d paint outdoors mostly, sometimes near and around the salt marsh his gray shingle house occupied the edge of, and I’d show him my work. We’d walk to the small studio up the sand dune near the house and we’d talk. I loved that studio! It was full of the objects I recognized from his paintings and drawings. There was also work of his in that room I’d never seen before – I was completely bowled over! He was already quite old and at times he’d drift in and out of coherent conversation but on the whole there was still the impression of a clarity and authority that came from the rigors of a lifetime’s experience, the single-minded pursuit of the art of painting.  I understood well the auspiciousness of these moments, knew they’d be enshrined in my consciousness as fortuitous and rare. You can bet on it, what receptivity I had was turned way up to full volume. Dickinson was very much a gentleman of another era, charming, dapper, self-conscious, and authentically the strangest human being I’d meet to this day.

So back to Pratt. On my first day there I sensed immediately what lay in store. I insisted on being part of the group that was assigned to Lennart Anderson’s life drawing class. That class was my sole comfort in what turned out to be a very irritating four year stint. Look, I just wanted to paint and draw but you know how art colleges are. You couldn’t even do that then! They put you with industrial design faculty for something they called “3D design”. And if that was not enough, there was also “2D design”. It was Bauhaus trying to get into my house – it was just awful. The rest with the exception of allies I managed to make from among the faculty, you know, exceptionally sympathetic and protective adjuncts, these fine abstract painters like Ernie Briggs, Ed Dugmore and James Gahagan – it was all a dull, dull affair. Ed, Jim and Ernie just allowed me to paint at home. One learned very quickly that the adjuncts were for the most part the ones you wanted to hang with, they were the serious artists, and the full-timers, just academics, rather unexceptional artists frankly, who cared mostly about clawing their way up in the system to power, tenure or both. Amazing what faculty exhibitions can reveal…

My experience teaching for ten years at a similarly inclined Baltimore art college somewhat later, just confirmed this early view by hitting it right out of the ball park.

Well, OK, so much for that. I was living in New York, made it my job to just see as much art in museums and galleries as possible, and traveled abroad to the extent that I could afford it.

At The Still Point, There The Dance Is 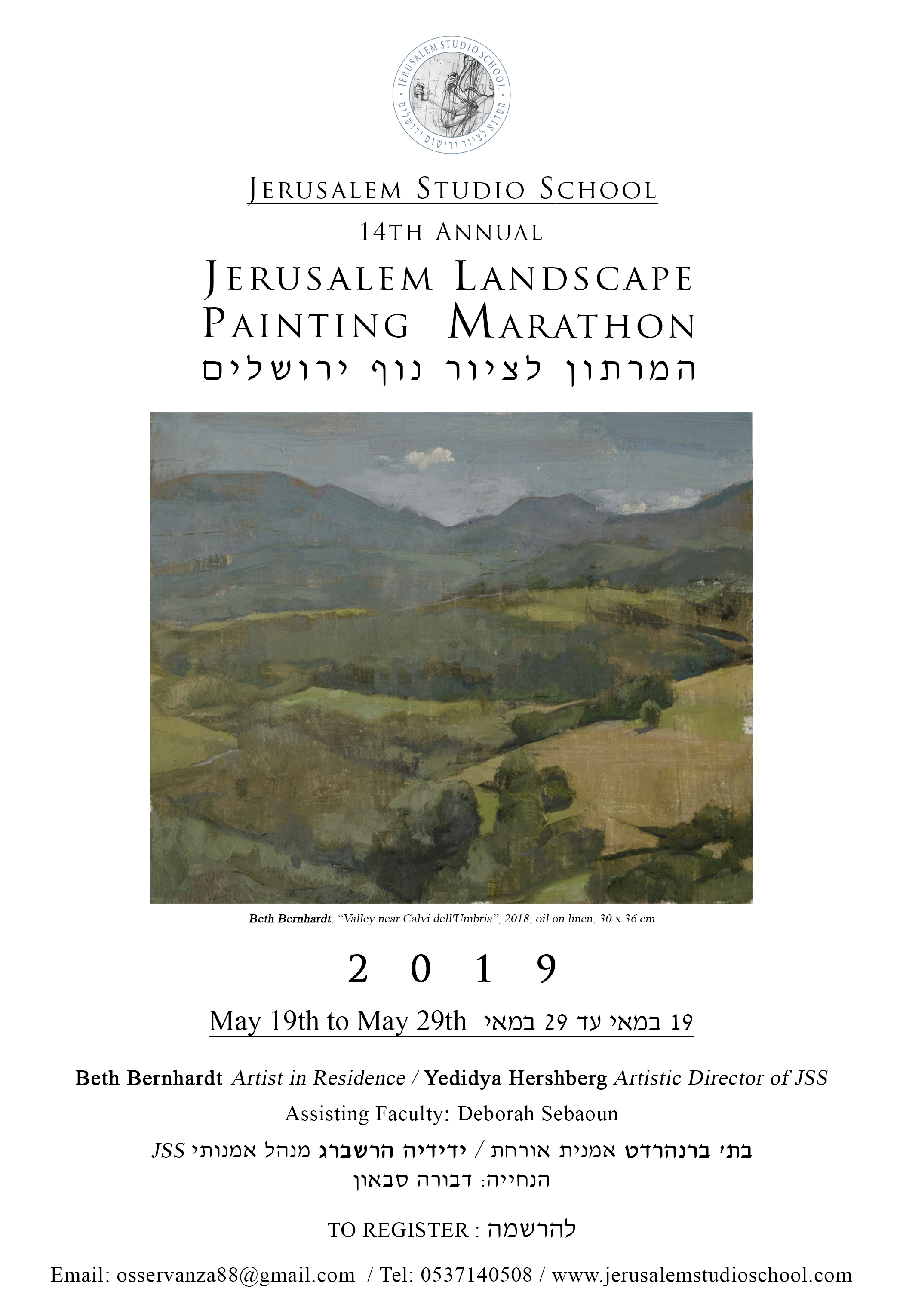 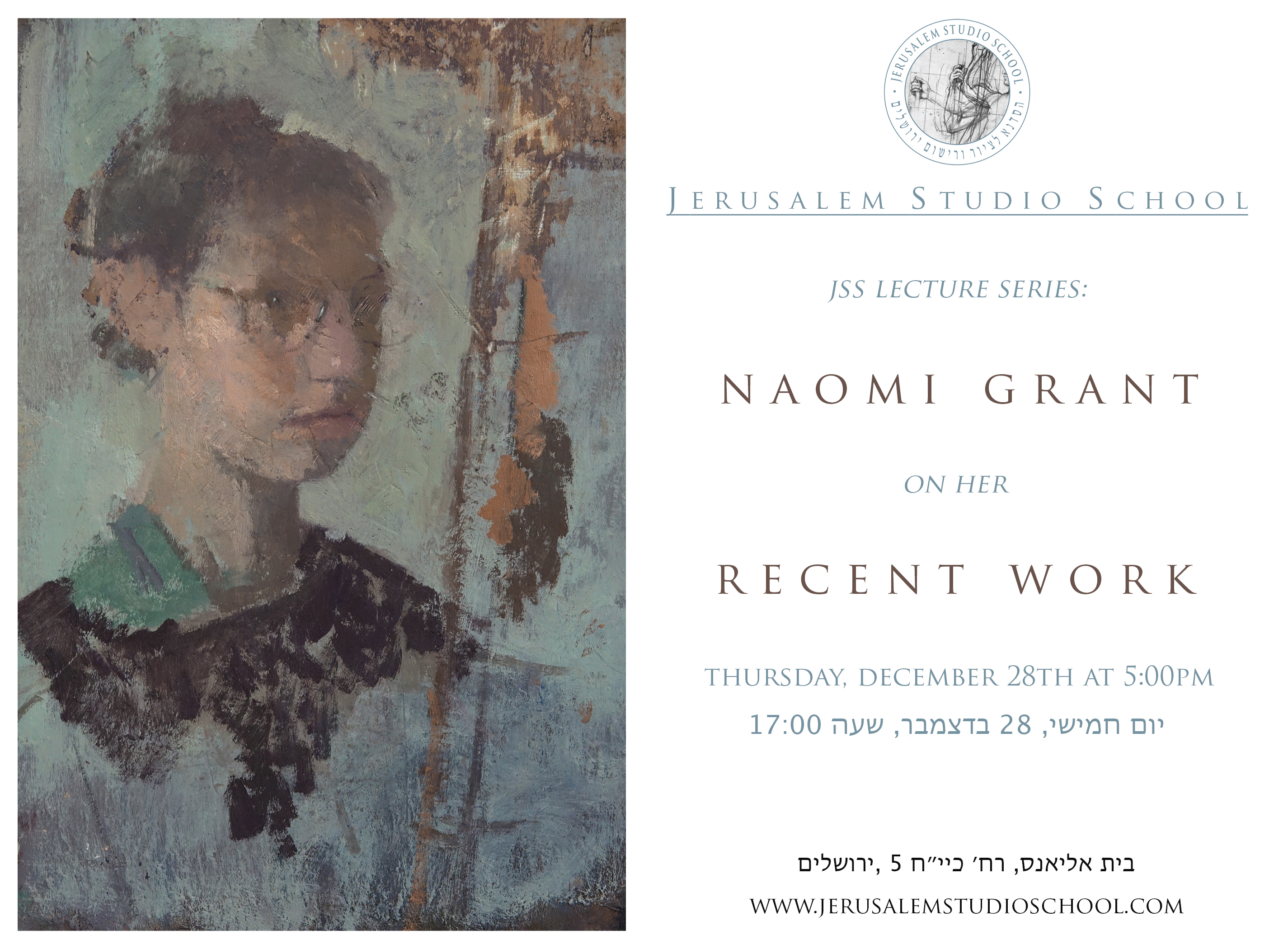